It looks like the next Killzone 2 DLC is going “retro” with the release of the “Flash and Thunder” pack arriving after E3. Here’s a sneak peek as to what you can expect.

Guerrilla Games takes us back on a nostalgic journey with fan favorites from the first Killzone: Beach Head and Southern Hills. Both levels have been completely re-envisioned with the Killzone 2 engine and technology.

In Beach Head, the Helghast land on the sandy Vektan beaches forcing the ISA to defend their stronghold. Torrential rain and gale-force winds batter the landscape, with the water-filled craters supplying only limited cover. This harsh terrain requires you to keep your “head on a swivel” as enemies lurk around every corner. 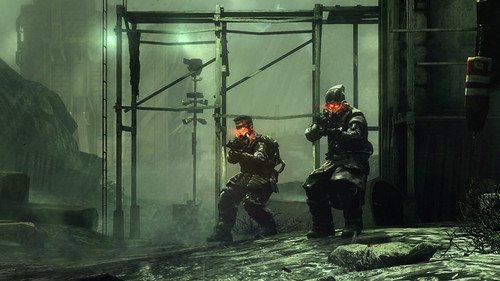 Southern Hills takes the battle to a central Helghast base camp located on a hilltop. This version has been beefed up considerably over the original Killzone counterpart, with smaller structures offering plenty of hiding places that lend itself well to close quarters combat and long range sniping. Take cover when you hear alarms going off, as there might be a radioactive surprise headed your way. 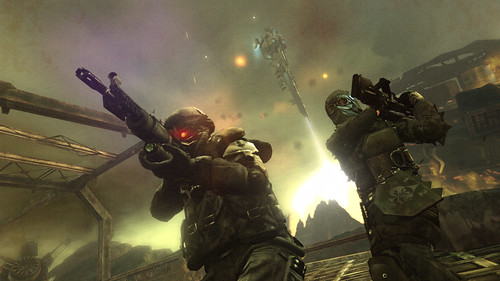 This pack will be available on the PlayStation Network on June 11th for $5.99. Also, a new Killzone 2 patch is coming next week, so stay tuned for more details.

Founded on November 2008 by Nick McCandless, The Gamer Access is a rapidly rising portal of original video game industry content. With shows such as 60 Minute Access, Unscripted Access, and Super Mega Awesome Go Play Time, TGA boasts a reliable portfolio of media that is delivered to audiences around the world on a daily basis.